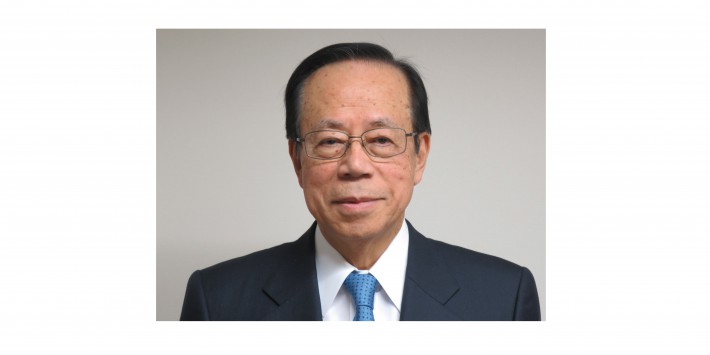 PJS To Confer Medal of Merit Upon PM Yasuo Fukuda

In recognition of his outstanding achievements in promoting not only Philippines-Japan but also Japan-ASEAN and intraregional relations, The Philippines-Japan Society will confer the Medal of Merit upon the Honorable Yasuo Fukuda, former Prime Minister of Japan, during the 39th PJS Friendship Dinner and Awards Night on July 21, 2017 to be held at the Makati Shangril-La.

He assumed office in September 2007 when Shinzo Abe suddenly resigned as Japan’s Prime Minister. Mr. Yasuo Fukuda is Japan’s 91st Prime Minister and the first to follow his father, 67th PM Takeo Fukuda, to Japan’s top post. Prior to his role as Prime Minister, Mr. Fukuda had taken on important positions in the ruling Liberal Democratic Party (LDP) as Director of the Foreign Affairs Division, Deputy Secretary-General, and Chairman of the Finance Committee. From 2000 to 2004, he served as the Chief Cabinet Secretary of Prime Ministers Yoshiro Mori and Junichiro Koizumi, the longest tenure by anyone who has held the position.

As a leader, he is known to work quietly and skillfully without fanfare and controversy and pursued trailblazing policies such as the creation of sustainable societies, the designation of Eco-Model Cities, and a shift to people-centered political and administrative processes. His foreign policy advocacies were also in line with the “Fukuda Doctrine” also known as “Kokoro-to-Kokoro” or “Heart-to-Heart” that was first pronounced by his father in Manila in August 1977, and which committed Japan to peace, close economic partnership and diplomatic cooperation in Asia.

It is no surprise; therefore, that Mr. Fukuda is a champion of the ASEAN Economic Community and has continuously recognized the significant role of Japan alumni in ASEAN international cooperation and regional solidarity by strongly supporting the ASEAN Council of Japan Alumni (ASCOJA) and making it a point to meet with former students in Japan from these countries.

Mr. Fukuda attended the prestigious Azabu High School and graduated from the Faculty of Economics of Waseda University in 1959. He currently serves as Chairman of the Boao Forum for Asia and holds leadership posts at international organizations that promote friendship and cooperation, including the Northeast Asia Trilateral Forum.

The Medal of Merit is the highest award that the Philippine-Japan Society bestows to outstanding individuals who have greatly contributed in improving and promoting relations between the two countries.