Japanese Emperor and Empress to visit Philippines from Jan 26, 2016 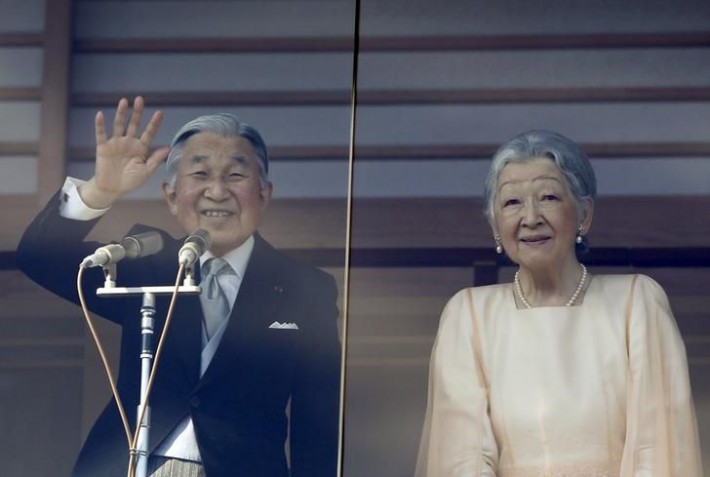 Japanese Emperor and Empress to visit Philippines from Jan 26, 2016

Japanese Emperor Akihito and Empress Michiko will make a five-day trip to the Philippines from Jan 26 on the occasion of the 60th anniversary of the normalization of bilateral ties between Japan and the Philippines.

It will be the first official visit by a Japanese emperor to the Southeast Asian country, where around 1.1 million Filipinos and some 518,000 Japanese soldiers and civilians perished during World War II.

The emperor and empress last visited the Philippines in 1962 when they were crown prince and princess. Their return after more than half a century comes on the invitation of President Benigno Aquino, extended during his state visit to Japan last June.

The couple’s trip to the Philippines is to be part of a tour where they will pay respects to war dead and pray for peace. The emperor’s father, Emperor Hirohito, posthumously known as Emperor Showa, was commander in chief of the Japanese military before and during the war and Japanese soldiers at the time fought and died in his name.

While the emperor and empress have traveled to war-affected China and other Southeast Asian countries since they ascended to the throne in 1989, the Philippines has been one of a few war-linked nations not visited by the imperial couple.

Besides domestic locations such as Hiroshima, Nagasaki and Okinawa, which were devastated during the war, the couple visited Saipan, one of the Northern Mariana Islands, in 2005 and Palau last year in commemoration of the 60th and 70th anniversaries of the end of the war in 1945.

Reflecting the imperial couple’s strong desire to mourn war dead, the two are scheduled to visit a monument to Japanese soldiers set up in 1973 by the Japanese government in Caliraya, southeast of Manila, and a cemetery for Filipino victims in the capital where they will lay flowers in respect.

During the war, the Philippines, then a U.S. colony, was occupied by Japan in 1942, and then became a major battlefield when fighting between Japan and the United States occurred in 1944.

In the capital city of Manila alone, about 100,000 citizens were killed in about the space of a month after a fierce battle between Japanese and U.S. forces broke out in early February 1945.

Despite the strong anti-Japan sentiment that prevailed immediately after the war, the Philippines has developed close economic, political and cultural ties with Japan in the postwar era.

Japan became the Southeast Asian nation’s largest trading partner in 2014 and largest source of official development assistance. More than 200,000 Filipino people now live in Japan, with many working to support their family in the Philippines. Some experts put the gradual easing in anti-Japan sentiment down to these economic links and the benefits gained from remittances from expat Filipinos.

During their stay in Luzon, the Philippines’ main island, the imperial couple are expected to attend a welcoming ceremony and a banquet at the Malacanang Palace to be attended by Aquino. They will also meet with Japanese people living in the country.