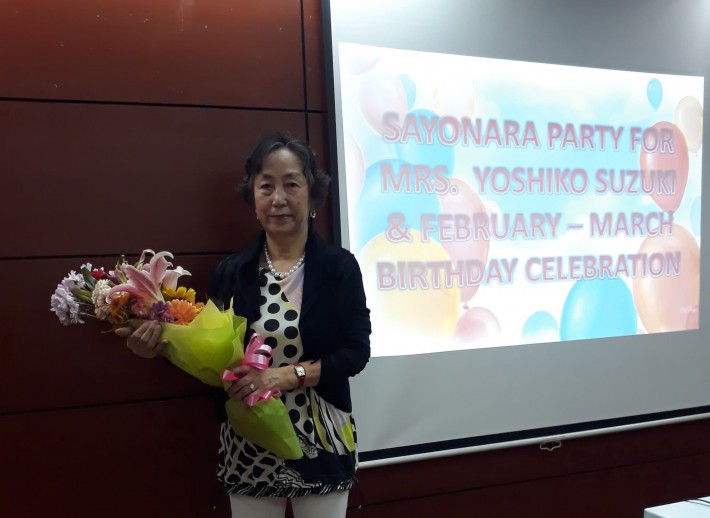 The ladies of PJLA held a farewell party for one of their long-time members, Mrs. Yoshiko Suzuki on March 8, 2018 at the Ambassador Jose S. Laurel III Hall, Dominion Building, Arnaiz Avenue, Makati City.  With a brief presentation led by PJLA President, Mrs. Elena Laurel-Loinaz, members wished Mrs. Suzuki a fond farewell and expressed their gratitude for all the cooperation and support she had given the organization for 12 years. Mrs. Suzuki became a PJLA member back in 2006.

The party, which started around 2 p.m., also served as a get together to celebrate the birthdays of other members for February and March namely: