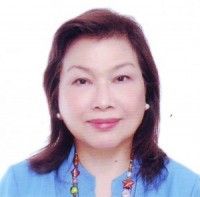 On May 21, 2019, The Japan Government announced the conferment of The Order of the Rising Sun, Gold and Silver Rays to former PJLA President, Ma. Elena Laurel Loinaz in recognition of her contributions to strengthening Philippines-Japan relations.

As President of PJLA for 13 years, Ms. Loinaz has championed various education and socio-cultural programs that promote exchanges between Filipinos and Japanese. She also leads the organization in various activities that help develop camaraderie between its members and non-members.

The members of PJLA and the staff of all its affiliate organizations would like to congratulate Ms. Loinaz for this much-deserved honor. To read entire press release from Japan Information and Culture Center (JICC), click here.