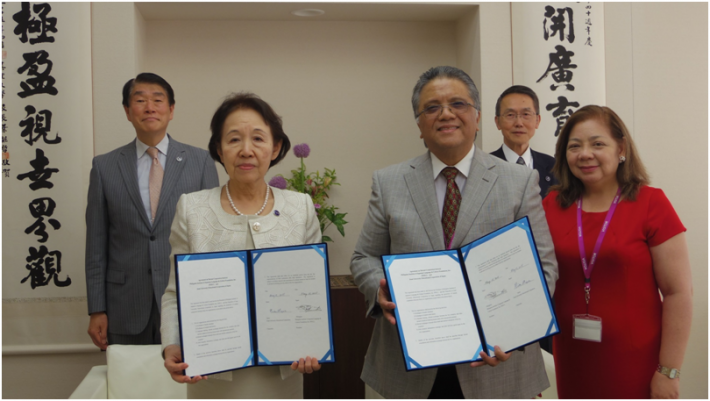 The Philippine Institute of Japanese Language & Culture Foundation, Inc. (PIJLC) signed an Agreement on Mutual Cooperation with the Josai University of Japan on May 15, 2015, in Tokyo. In the Agreement, PIJLC was represented by its President, Mr. Philip B. Sanvictores, while Dr. Noriko Mizuta, Chancellor signed on behalf of the Josai University Educational Corporation.

The Agreement envisions a range of exchanges between Josai and PIJLC faculty, students and interns in the fields of language education and training, as well as intercultural research, activities and projects that foster human talent and internationalization. The signing of the Agreement was witnessed by Mrs. Patricia Maribel C. Sanvictores, wife of PIJLC President Sanvictores, Mr. Yukuhisa Kitamura, Assistant of the Chancellor, and Director Yukio Doi of the Josai University Center for Innovation.

Josai University is a private university established in 1965 by Mikio Mizuta, one of Japan’s highly respected Ministers of Finance, in which capacity he served three terms from 1960-1962 (under PM Hayato Ikeda), then in 1966-1968 and finally from 1971-1972 (both under PM Eisaku Sato).

From the Josai University website, excerpts from the Greeting of Chancellor Mizuta provide a panoramic overview of its past, present and future:

In 1965, Josai University was established in Sakado City, in Saitama Prefecture. In the time since then, JU has seen society rapidly changing as it made its transition from the Showa period to the Heisei period and from the 20th century to the 21st century.

The First Chancellor and President, the late Mr. Mikio Mizuta, was a statesman who devoted himself to Japan’s postwar rehabilitation believing that, for Japan to become truly rehabilitated and developed, it was most important to nurture the capable young people who would be able to bear the future burden for Japan. Thus, under the founder’s school motto of ‘character building through learning,’ JU was founded with a view to educating the ‘youth of a promising future.’

Having supported the founder’s great ambition, and having made unsparing endeavors to bring it to fruition, many faculty members, many other supporters, and what is more, the over 60,000 Josai graduates, who have managed to succeed and make many contributions to society, have laid the foundation of the university. JU owes what it is today to their over 40 years of untiring efforts.

Since its founding, JU has continued to expand, establishing another department and a junior college. Subsequently, Josai International University was founded as an innovation responding to the age of globalization. And last year, another new campus of an urban style was opened in Kioicho, Tokyo, where we offer education that is ahead of the times in meeting community needs.

With the increasing globalization of society, it is an even more important task for us in the 21st century to realize the ‘character building through learning’ evoked in the spiritual legacy of JU. We believe it to be the university’s main educational mission to encourage every JU graduate to live fulfilling lives and do their best to create a peaceful, productive future society and culture which have no social or racial boundaries.

In 1992, the Josai University Educational Corp. established the Josai International University in Chiba prefecture, offering both undergraduate and graduate programs for a broad range of academic disciplines. Presently, there JIU has over 6,000 students with an increasing number coming from foreign countries. 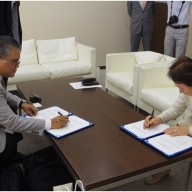 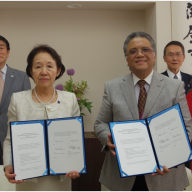 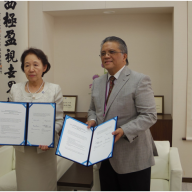 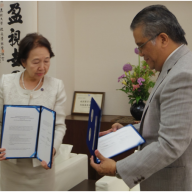 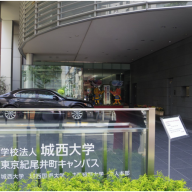 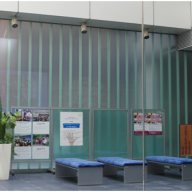 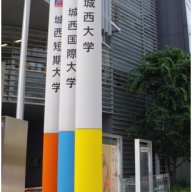 « PreviousInternational School Manila donates Books to NCF (May 7, 2015)
Next »2015 Calendar of Activities