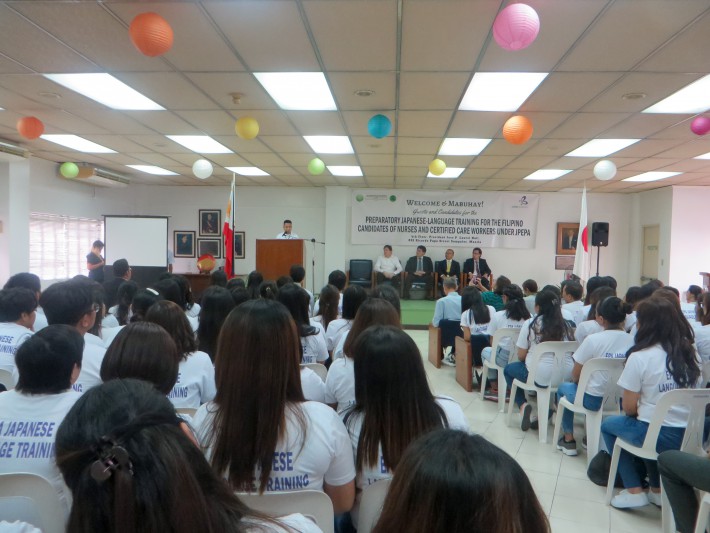 The 11th batch of Filipino nurses and careworkers under the Philippines-Japan Economic Partnership Agreement (EPA) will soon head to Japan after completing their six months Japanese language training at NCF Manila. Completion Certificates were awarded to 105 trainees in a closing ceremony held at The Philippines-Japan Friendship Center in Manila last May 21, 2019.

Head lecturer, Josef Orillo-sensei, congratulated the trainees for their effort and perseverance and for working independently in their own private time to improve their language skills. He also acknowledged the huge role of the NCF staff and teachers in supporting the students and making sure that things were very well coordinated behind the scenes. As a final advice, Josef-sensei reminded the students to continue adhering to the good study habits they acquired during the program and to remember they are not alone in their journey. Their fellow trainees, family, and friends are always ready to help and give support.

Mr. Arnel Marzan Balangatan represented batch 11 and gave his message of gratitude during the ceremony. He said that “Learning the Japanese language wouldn’t be possible without the help of our amazing teachers. We had so much fun because of their incredible teaching skills and strategies not only in Nihongo but also in creating an effective study plan.”

The EPA Japanese language training program is organized by NCF together with Japan Foundation Manila and held at two other partner training institutions: TESDA and the Personal Ability Development Foundation (PAD).