PHILFEJA President Philip Sanvictores recently called on officials of the Japan Alumni of Vietnam (JAV) and the Japan Alumni Graduates’ Association of Malaysia (JAGAM), at the sidelines of a business trip to Hanoi and Kuala Lumpur.

On November 22, 2014, he met with Dr. Ngo Minh Thuy, JAV President and Dr. Nguyen Ngoc Binh, immediate past President of JAV at the JAV office within the sprawling Vietnam National University.  Also attending the meeting were Dr. Phang Trung Nghia (General-Secretary), and Ms. Nguyen Huyen Trang (Vice General Secretary).  They discussed various matters concerning ongoing plans for the ASCOJA 2015 conference which PHILFEJA is organizing.  Dr. Binh and Dr. Thuy shared valuable insights on their experiences when they hosted the 20th ASCOJA Conference in Hanoi in 2013.

The following Monday, November 24, Mr. Sanvictores met with Dr. Ooi Chee Kong and Dr. Goh Nge Seung at the Marriott Putrajaya Hotel, also to discuss the status of preparations for the 21st ASCOJA Conference to be held in Manila in late 2015.  Dr. Ooi pledged the full support of JAGAM and revealed plans of accelerating the 22nd ASCOJA Conference to 2016 (instead of 2017) which it will be hosting.  Dr. Ooi also suggested that Mr. Sanvictores call for a meeting of the ASCOJA Governors soonest to thresh out the many outstanding issues relating to the 2015 conference, ASCOJA projects and programs with ASJA International and other matters. 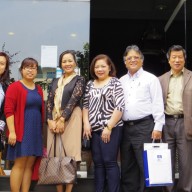 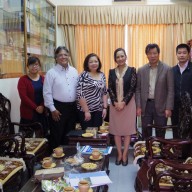