The 2015 Shinnen Kai was made even more memorable by the attendance of high-ranking representatives from member associations comprising the ASEAN Council of Japan Alumni (ASCOJA) as well as officials of the Asia Japan Alumni (ASJA) International of Japan who met earlier in the day for a Special ASCOJA-ASJA Consultative Meeting at the AIM Conference Center. The special meeting tackled issues pertaining to the forthcoming 21st ASCOJA Conference which will be held on October 2-4, 2015 at the Dusit Thani Manila. PHILFEJA is hosting and organizing this major event.

PHILFEJA President Sanvictores welcomed all the guests at the start of the party.  In his opening remarks, he enjoined everyone to support the 21st ASCOJA Conference which, his predecessor, the late PHILFEJA President/ASCOJA Chairman Benjie Laurel had looked forward to hosting.  He also said that as ASCOJA Chairman, Mr. Laurel had pushed for a new Vision-Mission for ASCOJA, which he was happy to announce, was drafted during the just concluded special ASCOJA meeting.

Over the dinner buffet, a medley of songs was rendered by a trio of UP College of Music students.  They sang and played Filipino love songs and ballads.  A special “Koto” 箏performance was rendered by Mr. Yu Miyoshi, a Manila-based business executive who plays this special traditional Japanese stringed instrument as his art and hobby.  Later, he was joined by Mr. Gazan Watanabe – master Shakuhaku 尺八artist – who is Mr. Miyoshi’s personal friend and fellow-artist and who had just arrived from Tokyo for several performances in Manila.

The high point of the evening’s entertainment was the impromptu and awe-inspiring rendition by the UP tenor of the popular Pilipino love song “Ikaw” seamlessly accompanied by Mr. Miyoshi on the Koto and Watanabe-san on the Shakuhaku.

Min. Amano was then asked to address PHILFEJA in the New Year 2015 and he pledged the full support of the Embassy of Japan, especially for the 21st ASCOJA Conference.  This was echoed by Mr. Francis C. Laurel who committed to PHILFEJA the full support and assistance of the Philippines-Japan Society and all its affiliate organizations, to the rousing applause of the audience. 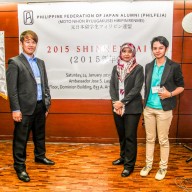 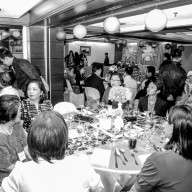 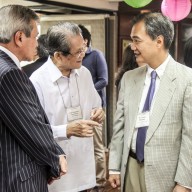 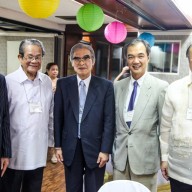 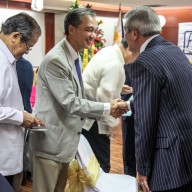 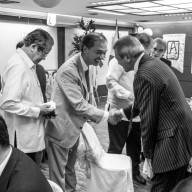 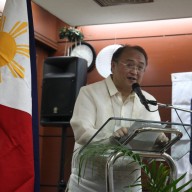 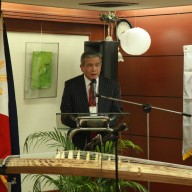 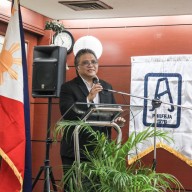 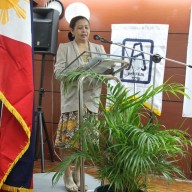 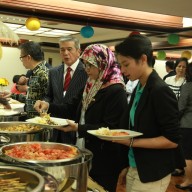 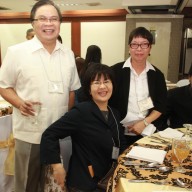 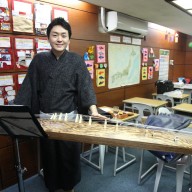 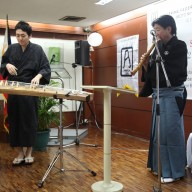 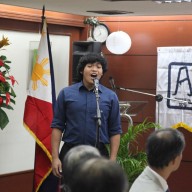 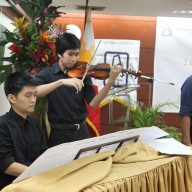 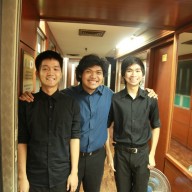 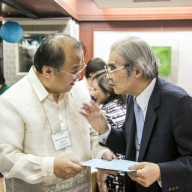 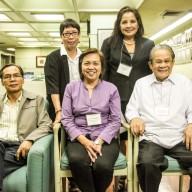