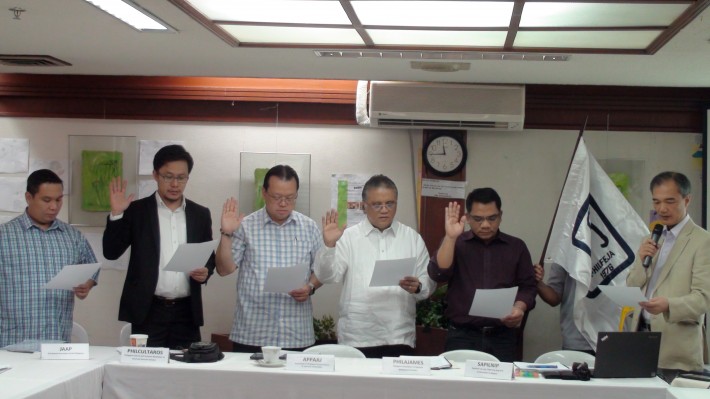 The Philippine Federation of Japan Alumni (PHILFEJA) elected University of the Philippines Los Baños (UPLB) Dean and Professor of Economics, Dr. Jose V. Camacho as its new president during its annual members’ assembly held last July 30, 2016 at the Amb. Jose S. Laurel III Hall in Dominion Building, Arnaiz Avenue, Makati City. Also central in the assembly was the submission of the amended articles of incorporation and by-laws of the organization, which all members approved unanimously.

Speaking to the General Assembly, Dr. Camacho encouraged members to support the major activities of PHILFEJA in the coming fiscal year. These include the 22nd ASEAN Council of Japan Alumni (ASCOJA) Conference scheduled on September 30-October 2, 2016 in Kuala Lumpur; the 40th Anniversary of PHILFEJA; and the Asia-Japan Alumni (ASJA)-PHILFEJA Symposium tentatively scheduled in February 2017.

Outgoing PHILFEJA President, Philip B. Sanvictores, presided over the meeting and presented his report for the fiscal years 2014-2016. As for the Board of Trustees, the following incumbent members were elected to serve for the fiscal year 2016-2017 until their successors are qualified and duly elected:

The auditing firm of Diaz, Murillo, Dalupan & Company was designated as PHILFEJA independent external auditors for the same fiscal year.