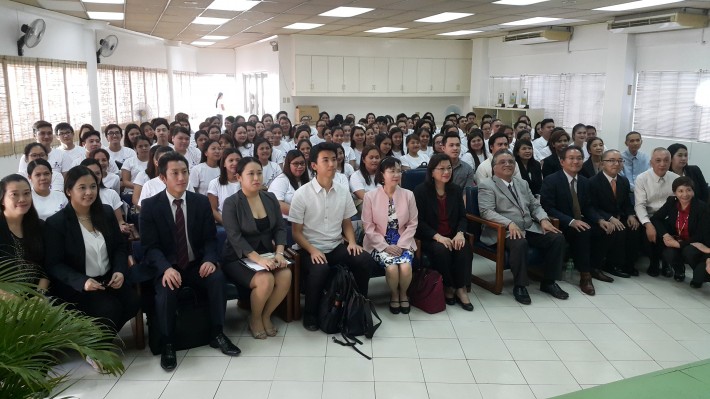 The NCF Class of 2016 of the Preparatory Nihongo Training Program for Filipino Nurse and Certified Care Worker Candidates under the Philippines-Japan Economic Partnership Agreement (EPA) was formally opened on November 6, 2015 at the Jose P. Laurel Memorial Hall, Philippines-Japan Friendship Center, R. Papa Street, Sampaloc, Manila.  A total of 112 students were admitted into the Program or 32% of the total 352 candidate-students.  The rest are enrolled at the Technical Education Skills Development Authority (TESDA) in Taguig City.

This is the second year that the Nihongo Center Foundation (NCF) was tapped by the Japan Foundation Manila (JFM) to conduct the Japanese Language Training Program on its behalf for the entire 6-month course.  The first batch started in November 2015 and 89 graduates left for Japan in June this year.  Similarly, the current batch will end their language training in end-May and those who pass will leave for Japan in June 2016 for the second phase of Nihongo training before they are deployed to pre-matched hospitals and caregiving institutions in Japan.

NCF President Philip B. Sanvictores led the opening ceremony and delivered an inspirational Message after the Opening Remarks given by Mr. Hiroaki Uesugi, Director of Japan Foundation Manila.  Director Nimfa de Guzman of the Philippine Overseas Employment Administration (POEA) read the Message of Atty. Hans Leo Cacdac  – Administrator.  Finally, Economic Affairs Minister Makoto Iyori of the Embassy of Japan, who had just assumed his post in Manila encouraged the student-candidates to study hard and to do their best.  Other guests who attended the opening ceremonies were First Secretary and Labor Attaché of Japan, Mr. Hiroyuki Enoki, Mr. Tetsuya Koida, Assistant Director of JFM, Mrs. Marilen Laurel-Loinaz, Treasurer and Administrator of the Philippines-Japan Friendship Foundation, Inc.

The Head Lecturer, Professor Kenjiro Ogata was the last to address the students.  He enjoined them to concentrate on their studies as this will be the single most important tool for a successful work life in Japan that could help create a brighter future for them and their families.  Speaking mainly in English, Prof. Ogata surprised the students when he fluently spoke in straight, flawless Tagalog; he also introduced the NCF Teaching Staff for the EPA. 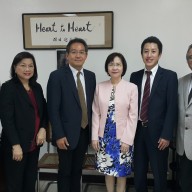 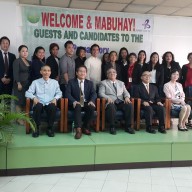 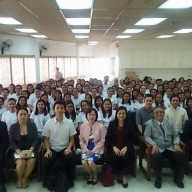 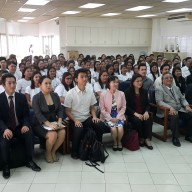 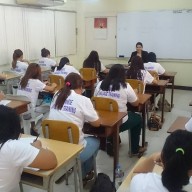 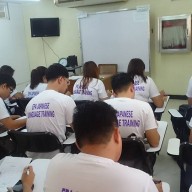 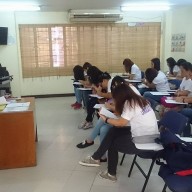