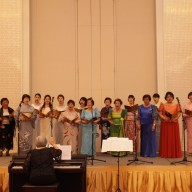 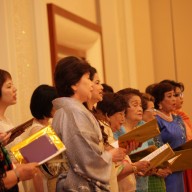 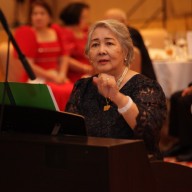 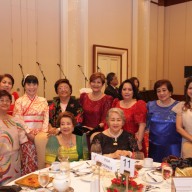 August 1, 2014by Philip Sanvictores in PJS

Atty. Lilia de Lima, Director-General of the Philippine Economic Zone Authority (PEZA) was recently awarded the Philippines-Japan Society Medal of Merit.  She is the 37th person (the 19th Filipino) to receive this prestigious award.

DG De Lima is a multi-awarded public servant, whose presidential appointment by former President Fidel V. Ramos in 1995 has been extended by all succeeding three administrations, including the incumbent President Benigno S. Aquino III. The sterling performance of the PEZA is the obvious reason for this unprecedented trust and confidence bestowed on her by four Chief Executives over the last 19 years

DG de Lima earned her Associate in Arts from the Centro Escolar University and her Bachelor of Laws from the Manuel L. Quezon University.  She was conferred a Doctor of Laws Honoris Causa by the same university (MLQU) and is a Fellow of the Academy of American and International Law of the Southwestern Legal Foundation in Dallas, Texas.

She began her career in public service as an elected delegate to the 1971 Constitutional Convention, representing the 2nd District of Camarines Sur.  From 1981 to 1987, she was Director of the Bureau of Domestic Trade, then concurrently serving as Executive Director of the Price Stabilization Council, Department of Trade & Industry.  From 1989 to 1994, she served as the Chief Operating Officer of the World Trade Center Manila, whereupon she was designated Commissioner of the National Amnesty Commission in 1994.  In 1995, she was appointed Director-General of PEZA, a position she continues to hold with distinction to date.

PEZA is the Philippines’ most successful vehicle for attracting foreign direct investments (FDIs) and since 1995, about a third of all locators in its ecozones have been Japanese corporations.  Today, the 804 Japanese enterprises that are PEZA-registered account for about 25% of over 3,000 companies located in PEZA ecozones.

PEZA enterprises have poured in almost P2 Trillion in FDIs since 1995 generating over one million direct jobs in 300 ecozones while creating another 2 million indirect employment opportunities in allied and supporting industries nationwide.  In 2013 alone, PEZA firms exported US$43 Billion which is projected to increase 10% annually.

PEZA is noted and highly regarded for its culture of Absolute Honesty and One-Stop Non-Stop efficiency; No Corruption, No Red-Tape, Only Red Carpet Treatment for its investors. PEZA has been cited by the World Bank as one of the best practices in ecozones management worldwide.  It is also known for catalyzing and building up a breed of exceptionally hardworking, world-class Filipino workers and professionals, as well as for creating a macro-environment that promotes and ensures peaceful, harmonious and proactive labor-management relations.

For her leading role in bringing hundreds of Japanese investors to the Philippines, the Government of Japan conferred on DG de Lima in 2006 “The Order of the Rising Sun, Gold and Silver Star”, the highest award given to a non-head of state by His Majesty, the Emperor.

PHOTOS OF THE EVENT 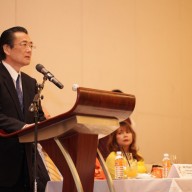 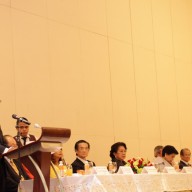 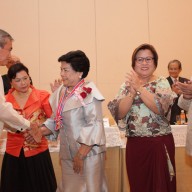 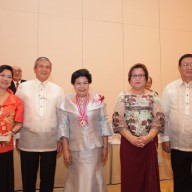 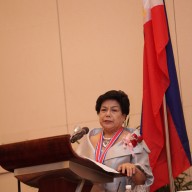 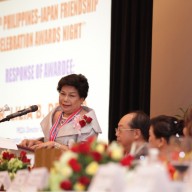 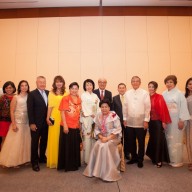 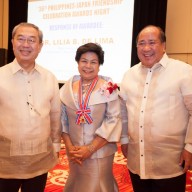 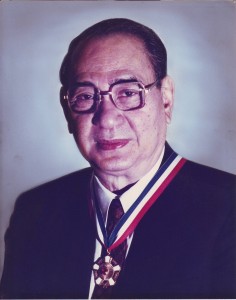 Mr. Lim served as the Philippine High Commissioner to the 1970 World Expo World’s Fair held in Osaka, Japan.  He thus worked closely with Amb. Jose S. Laurel III, who was the Philippine ambassador to Japan then, and when the Philippines-Japan Society was established in 1971, Mr. Lim was one of its incorporators, eventually becoming its President from 1985 to 1992.

He served as Chairman of the Bases Conversion Development Authority from 1993 to 1996.  Dr. Lim is a recipient of the Third Order of the Sacred Treasure granted by the Emperor of Japan.

Mr. Lim is survived by his wife, Eloisa and his 8 children and grandchildren.  He was 90 years old.

ASJA International (www.asja.gr.jp/E/) recently published Volume 27 of the ASJA News Letter which can be viewed at http://www.asja.gr.jp/pdf/nl_vol27.pdf.  It is a 10-page newsletter written mainly in Nihongo.  The main sections of the March-June 2014 publication are:

It is a downloadable (pdf) file, as are all the back issues of the newsletter dating back to its first issue in July 2004.

The 28th Board of Directors Meeting of ASJA (Asia Japan Alumni Association) International was held on March 28, 2014 at the Keio Plaza Hotel in Shinjuku-ku, Tokyo, Japan.  PHILFEJA sent a four-person delegation led by Mr. Philip B. Sanvictores who represented Mr. Benjamin C. Laurel, PHILFEJA President concurrently Chairman of both ASJA and ASCOJA (ASEAN Council of Japan Alumni).  The other members of the Delegation were Ms. Cecile P. Tolentino (PHILFEJA Secretary-General), Ms. Marilen Laurel-Loinaz and Ms. Gennie T. Ferma (Administrator and Deputy Administrator respectively of the Philippines-Japan Friendship Foundation).  Also in attendance as an observer was Mrs. Patricia Maribel C. Sanvictores.

ASJA Directors from all 10 ASEAN countries, each representing chapter associations of ASCOJA were in attendance.  ASJA, on the other hand was represented by Amb. Takashi Tajima, Director for Japan and Mr. Jiro Sato, Secretary-General.  Representatives from the Ministry of Foreign Affairs, Ministry of Education, Sports, Culture, Science and Technology (MEXT), the Toshiba Foundation International, and the National Institute for Youth Education (NIYE) were also present. 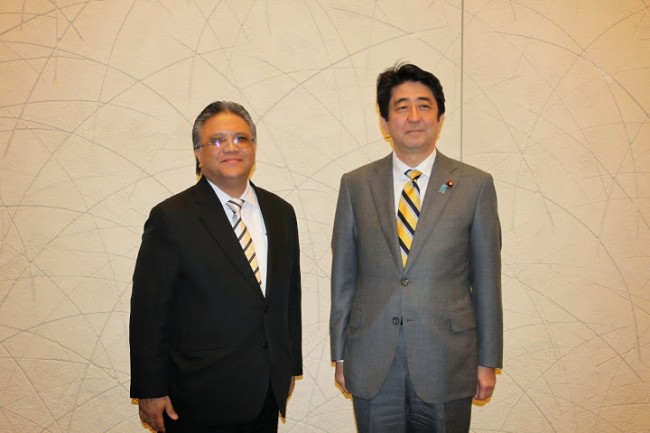 Prior to the meeting, the ASJA Directors called on H.E. Prime Minister Shinzo Abe at the Official Residence of the Prime Minister in Nagatacho.  Thereafter, the group called on Mr. Teisuke Kitayama, Chairman of the Keizai Douyu Kai at the Sumitomo Mitsui Bank head office in Otemachi. 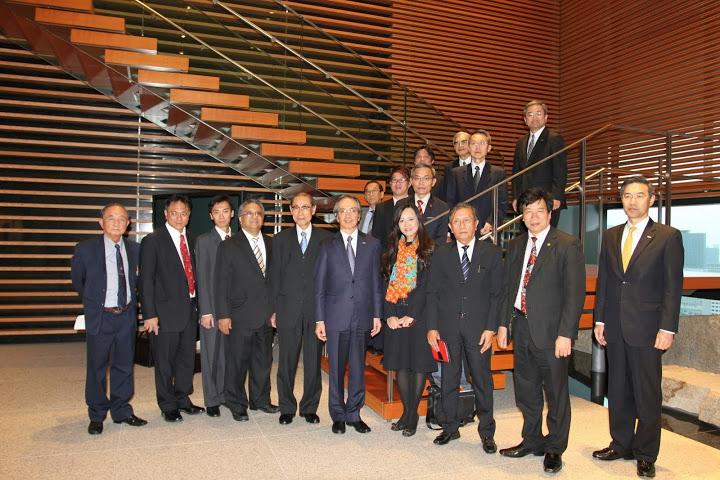 A Welcome Dinner followed at the Comet room 43rd floor of the Keio Plaza Hotel where Mr. Sanvictores delivered a speech on behalf of Mr. Laurel.

The following day, Friday 28 March 2014, Mr. Sanvictores, representing Chairman Benjamin Laurel, presided over the ASJA International Board Meeting.  The meeting tackled various matters including the Proposed ASJA Budget for FY2014, new guidelines for the selection of ASJA Government Scholars, reports on various ASJA activities as well as the extension of the term of the ASJA Secretary-General.  The matter concerning the selection of the ASJA Chairman in order to allow Myanmar, Thailand and Vietnam to serve was also tackled.  It was agreed after extensive discussions that for the next three years (2014-2017), the ASJA Chairmanship will have a one-year fixed term to be rotated among the said three countries following normal balloting procedures of ASJA.

The ASJA meeting was followed by a special meeting of the ASCOJA Board of Governors which was also chaired by Mr. Sanvictores on behalf of Mr. Laurel.  The meeting mainly discussed the report of Dr. Ngo Binh of the Japan Alumni of Vietnam (JAV) on the results of the 20th ASCOJA Conference held in Hanoi in 2013, preliminary plans of PHILFEJA for hosting the 21st ASCOJA Conference in 2015, and the plan to craft a new Vision and Mission for ASCOJA in time for ASCOJA 2015.

The meeting was temporarily suspended with a courtesy call on Mr. Akio Mimura, Chairman and Mr. Toshio Nakamura of the Japan Chamber of Commerce at its head office in Marunouchi.  During the courtesy call, Mr. Sanvictores noted that the __ Annual Joint Meeting of the Economic Cooperation Committees of the Philippines and Japan was recently held in Manila earlier in the month.

ASCOJA Governors and ASJA Officers called on the Chairman of Japan Chamber of Commerce and Industry (JCCI), Mr. Akio Mimura on March 28, 2014 at the JCCI Headoffice in Marunouchi, Tokyo.

Upon the resumption of the ASCOJA Governors Meeting, representatives from the National Institute for Youth Exchange (NIYE) and Toshiba International Foundation (TIF) gave presentations on respective programs being offered to ASCOJA youth delegates for Autumn 2014 and March 2015.

After the ASCOJA Meeting, Mr. Sanvictores addressed the ASJA scholars who had just completed their studies.  Three graduates from Malaysia, Thailand and Cambodia were presented certificates of completion.  As the presiding ASJA Chairman, Mr. Sanvictores read each citation before handing out the certificates to them.

This was followed by the rendering of reports from 18 current ASJA Scholars about their ongoing activities.  There were two Filipinos in that group of scholars.

The day ended with a farewell reception which was attended not only by the ASCOJA delegates but also officials from the Ministry of Foreign Affairs, the Ministry of Education, Sports, Culture, Science and Technology, NIYE, Toshiba Foundation and Assemblyman Tatsuo Fukuda, son of former Prime Minister Yasuo Fukuda, grandson of former Prime Minister Takeo Fukuda.  Mr. Sanvictores spoke to the youthful Assemblyman Fukuda about the long relationship between his illustrious grandfather and father with the Philippines-Japan Society and the ASCOJA, citing their personal relationships with the late Ambassador Jose S. Laurel III, founder of the Philippines-Japan Society and also his father, Ambassador Benjamin F. Sanvictores. 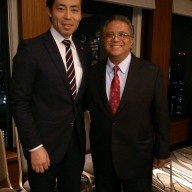 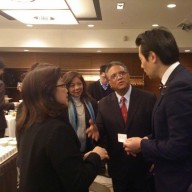 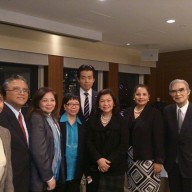 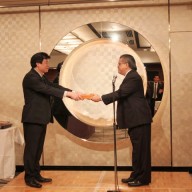 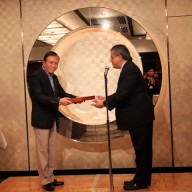 U Myint Wai of MAJA 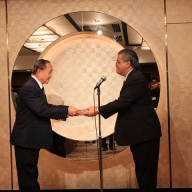 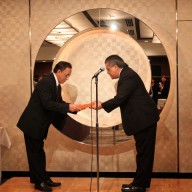 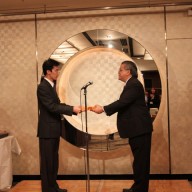