ASCOJA Chairman, Mr. Philip B. Sanvictores delivered the keynote address for the 1st Japan-ASEAN Youth Conference held last 28 March 2015 at the Hakusan Campus of Toyo University, Bunkyo-ku, Tokyo.  The Conference was organized and hosted by the Japan Association for the Promotion of Internationalization (JAPI) 日本国際化推進協会.

Entitled 日本滞在とその後のキャリアーに付いて or “Careers after Japan Studies”, the speech highlighted the responsibilities of current and former foreign students 留学生in Japan to pursue roles of promoting friendship, understanding and mutual respect between peoples, particularly between ASEAN countries and Japan.  Speaking before 500 mostly students, including professors and educators from different parts of Japan, Mr. Sanvictores explained the important role of ASCOJA (ASEAN Council of Japan Alumni) in performing this seminal role (since its establishment in 1977) in interpersonal, people to people relationships.  He also said that the values and objectives of ASCOJA were inspired by the Fukuda Doctrine of “Heart-to-Heart” or 心と心relationships.

(For a copy of his speech and powerpoint material, please click here.)

The other main speaker was Mr. Makio Takemura, President of Toyo University who gave an elaborate presentation on the long-term strategy and near term plans of his university in promoting academic internationalization.

This was followed by a panel discussion composed of the following:

The panel of experts engaged students representing the different ASEAN countries on various topics and issues, which eventually narrowed down to constraints that dampen the interest of and hamper the flow of ASEAN students going to Japan to study.  It appears that there is a severe lack of information on programs, scholarships, and other facets relating to Japan studies.  The fluency of the ASEAN ryugakusei in Nihongo and their deep insights on the subject was very impressive.

The panel discussion was moderated by Dr. Yukiko Hirai of Selfwing, Inc., while Mr. Masaki Umezu, NHK executive announcer served as the master of ceremonies.

The youthful President of JAPI Mr. Takayasu Omura also announced that effective April 1, 2015, he will be seconded to the Ministry of Education, Science & Technology (MEXT) for a one year assignment to further deepen his knowledge of MEXT and its allied operations relating to foreign students in Japan.

(For a copy of the conference Program, please click here.) 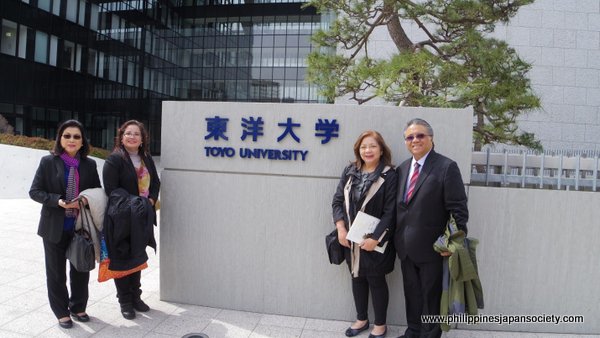 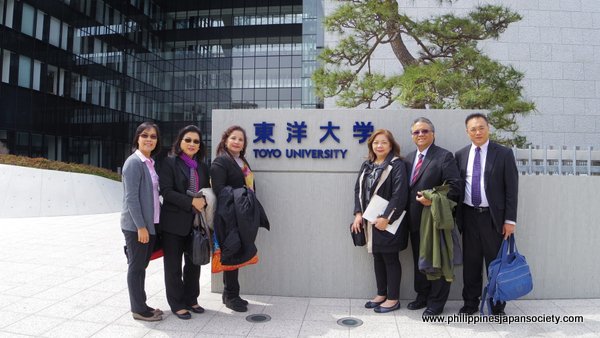 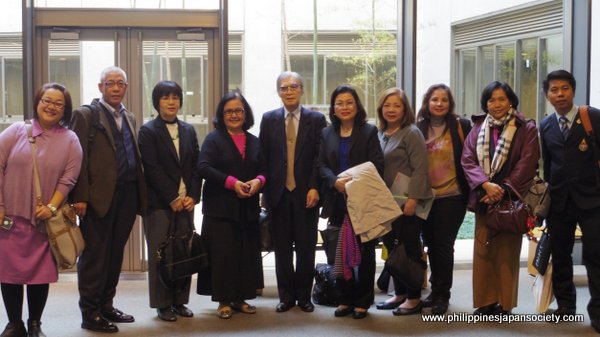 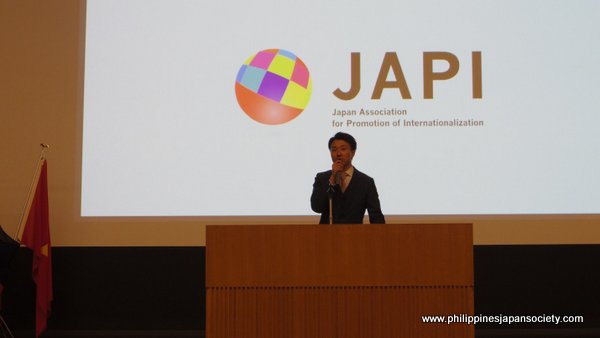 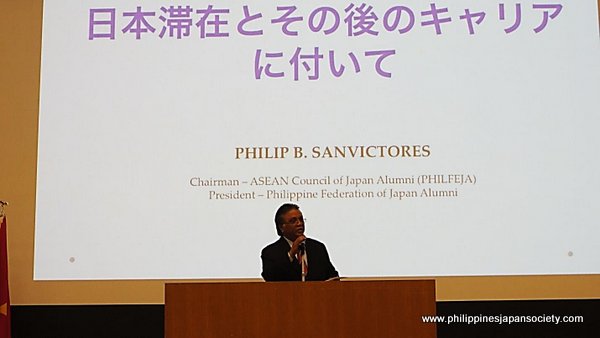 ASCOJA Chairman (PHILFEJA President) Philip B. Sanvictores delivering the Keynote Address at the start of the Conference 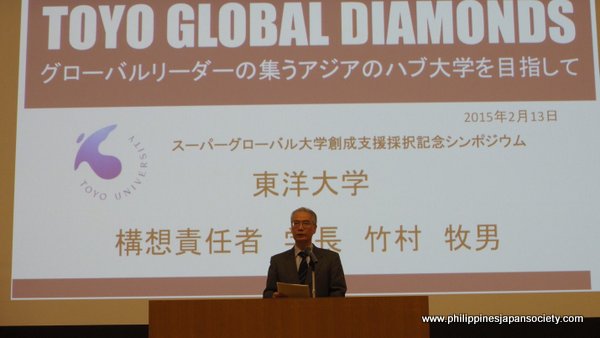 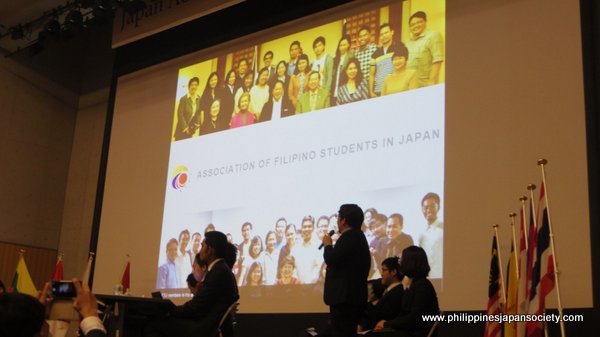 Representative of the Association of Filipino Students in Japan articulately expressing his opinions, thoughts and views during the Panel Discussion. 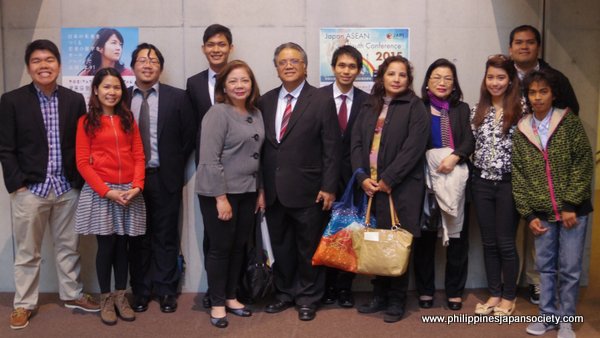 Members of the Association of Filipino Students in Japan posing with Mr. and Mrs. Philip Sanvictores (center, fifth and sixth from the left, respectively) , Mrs. Genie T. Ferma and Mrs. Marilen Laurel-Loinaz ((fifth and fourth from the right, respectively).

Poster of the First Japan-ASEAN Youth Conference 2015.  MEXT Min. Hakubun Shimomura was the other keynote speaker, who unfortunately was unable to make it to the Conference due to an official emergency.